QUILT Steinbach is a group dedicated to providing a safe & inclusive space for all adult members of the queer community in the Steinbach area regardless of sexual orientation or gender identity. Our name reflects that mission: Queers Uplifting Individuals & Loving Themselves. We want all members of the LGBTQIA2S+ community to feel welcome & have a place where they can safely meet with others, play board games, chat & ask questions, and feel comfortable expressing themselves no matter where they’re at in their journey. Publicly out to all, out to very few, or just out to yourself – all are valid & welcome here! That’s why QUILT takes screening & online moderation seriously, to ensure that safe space is properly maintained. To learn more, check out “QUILT Steinbach” on Facebook or email quilt.steinbach@gmail.com.

If you think you may be at risk of being exposed to Monkey Pox Imvamune® vaccine is being made available to individuals at risk.

To Book an appointment at either above site or a private confidential appt before September 2, 2022.

This November, join host, Ashley Smith, for Rainbow Resource Centre’s Planning With Pride: a three-day, national, virtual conference that will give 2SLGBTQ+ older adults and those who support them everything needed to prepare for later life. Give yourself peace of mind, start planning with pride. 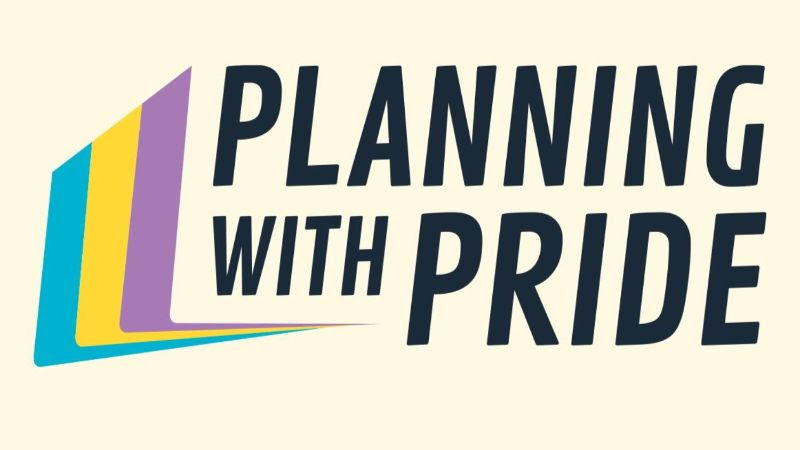 Please see attached a Pride Flag raising request written by our member, Dr.  Darren Reimer, to the City of Steinbach. If you are so inclined, join us by sending in your own request.

The federal government’s updated bill to ban the practice of conversion therapy has been adopted unanimously by the House of Commons.

We at Steinbach Neighbours for Community wish you all a happy, safe and healthy PRIDE MONTH!  Celebrate your uniqueness! We love you. 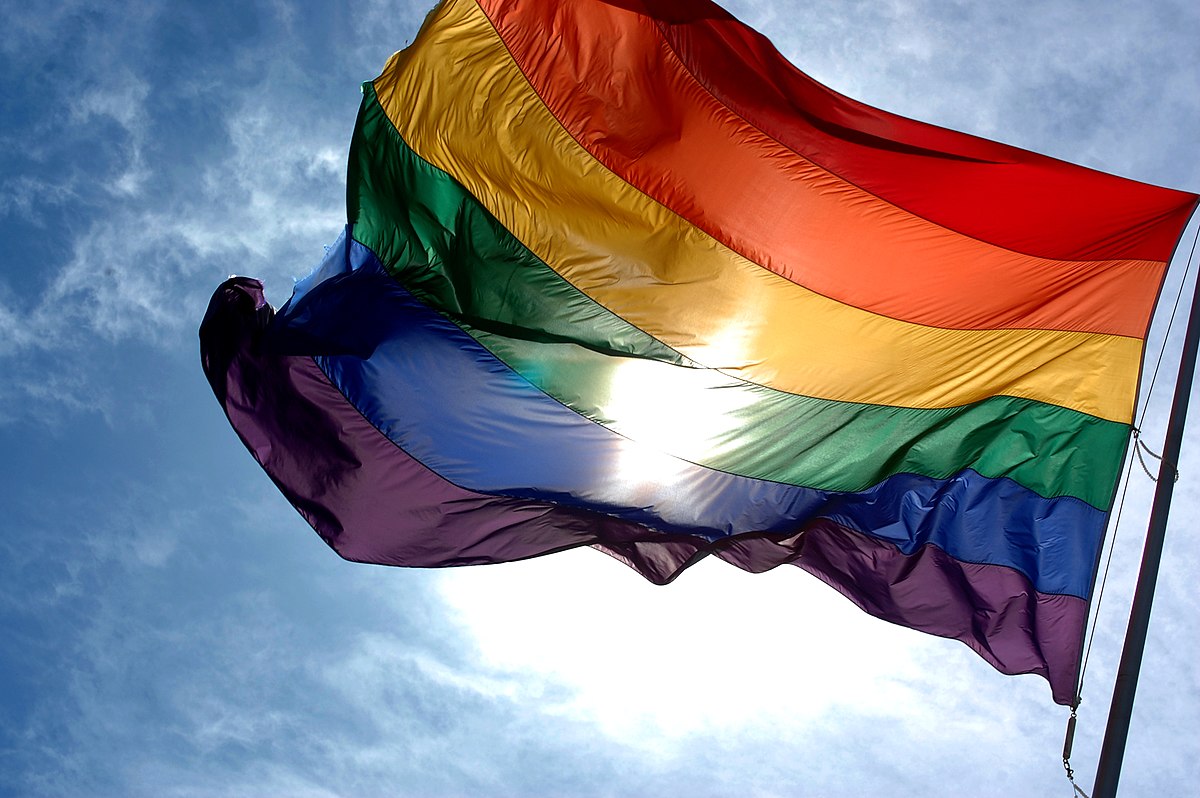 Steinbach United Church is a community of faith that actively supports justice and inclusion and began 8 years ago on an Affirming journey.  Together we listened, studied, shared stories, faced challenges and updated policies.

On March 14th they celebrated becoming an Affirming Ministry within The United Church of Canada!  If you would like to view the service it can be found on their website: http://steinbachunitedchurch.ca/ministers-message. “I am a girl trapped in a boy’s body,” our then 11‐year‐old explained in a heartfelt letter to me and my spouse. Our middle child had typed the message just moments ago from the bedroom across the hall. “More than anything, I need to be a girl. Please help me.”

Members of Parliament voted 308-7 in favour of inclusion and diversity in Canada when they passed Bill C-6 which would criminalize conversion therapy. The bill is now before a committee and amendments may be brought forward before a third and final reading in the House.

All Liberal, Bloc Quebecois, New Democrat, Green and independent MPs who took part in the vote supported the bill.  7 Conservative MPs including Ted Falk, MP for Provencher, voted against the bill.  In an article on Steinbach Online on Nov.18, 2020, Mr. Falk said that the topic of conversion therapy is one that generates more correspondence from his constituents than any other issue. He suggested that an overwhelming majority of those who contact his office in regards to this bill also feel that the bill is flawed.  Steinbach Neighbours received a copy of a letter written by a mother from the Provencher constituency that was sent to Mr. Falk in support of Bill C-6.  Permission to share this powerful letter of advocacy and support for LGBTQ2S individuals has been given and the letter appears below (names have been removed to protect privacy).

In the midst of a pandemic when it is more difficult to gather in support of shared causes, we must remain vigilant and follow the progression of this Bill C-6 to ensure that it does become law this time around.  We ask other allies in the Provencher riding who wish to express their support for Bill C-6 to contact Mr. Ted Falk using the information below.

It is the hope of Steinbach Neighbours for Community that Bill C-6 will ultimately be proclaimed, ensuring that all Canadians can live safely and freely as their true authentic selves.  Canada is stronger when it recognizes, protects and celebrates diversity.

Letter written by a mother from the Provencher constituency
sent to Mr. Falk in support of Bill C-6

Dear Mr. Falk,
My name is XXXXXXXXX,  I am a constituent in your riding of Provencher. I am a registered nurse, and a mother of three children. I am writing to you after reading an article on Steinbach Online about your stance on Bill C-6, a bill to ban conversion therapy in Canada. I read that you were one of 7 MPs to vote against this bill. You said that this is the top issue that your constituents contact you about, and that most of them side with you on this issue.
Included is a picture of my beautiful transgender daughter. My daughter has known since the age of 2.5 that she is a girl, not a boy as we had assumed when she was born.  Thankfully I was somewhat aware of transgender people, and I knew that we could choose to listen to what our child consistently told us, or face a nearly 50% chance of having her attempt suicide in the future.  I had many fears initially, but I did my research, and learned that young children are very aware of who they are in terms of their gender at a very young age, and that gender diversity is normal, healthy, and has existed forever, in all cultures.
Transgender people who are supported by their families have suicide and depression rates similar to the rest of the population.  My daughter is a very typical 6 year old girl. She has many friends and is loved by all of her extended family members for who she is.  She enjoys sports, she loves animals, she is thoughtful, happy, and she does fantastic at school, where she is also accepted fully as herself.
My daughter will never know what conversion therapy feels like, but I want to write to you in hopes that I can sway you on your position against banning this harmful practice.
Here is a quote from the Steinbach Online article:
“I think folks are recognizing the threat that this bill poses and it’s just not a good bill,” says Falk. “It really challenges and undermines parental rights, threatens religious freedom and threatens freedom of expression and speech. And people recognize it for what it is and they are very concerned.”
As parents we do not have the right or ability to determine who our children are.  This doesn’t mean that we should let our children live without rules, guidance or boundaries.  We are responsible for what foods we offer, how much TV our children are allowed, and what time they go to bed, etc.  We must teach them kindness, and to treat others with respect and fairness.  But a person’s gender identity and sexual orientation are not choices for them, and they are not something we can change.  We do not own our children.  We must love and accept them for who they ARE, not who we expected them to be.  There are no such thing as parental RIGHTS when it comes to who our children love and know themselves to be.
I agree with freedom to religion, but it needs to end where it causes clear harm to another person, as is the case with conversion therapy. I know many Christians who have shown love and support to our transgender daughter, and I know of many Christians who support their own transgender and gay children.  If a particular religion is telling you that it is okay to cause harm to an entire group of people, despite the clear, consistent evidence that there is nothing wrong with them then please stop and ask yourself what impact your religion is having on the world.  Please advocate for religious leaders to learn and adapt and become inclusive, and stop harming people. When we know better we have to do better.
I understand that some folks are concerned that the wording of this bill leaves parents and religious leaders at risk of no longer being able to have discussions about gender and sexuality.  Please consider that the way we speak to our children about diversity has such a profound impact on the way they will grow and treat the millions of LGBTQ+ people who exist in the world.  It has an impact on the discrimination they will face. It has an impact on how many will be murdered. It has an impact on how many will lead full, happy, productive, meaningful lives.
Today, November 20, is Transgender Day of Remembrance, a day to honour the hundreds of trans people murdered annually.  I am reminded of the fears that I have for my daughter, and that I must speak up and hope for change, especially here in our part of the province where I have seen transphobia and homophobia shared freely in the 10 years that I’ve lived here.  Please consider the many  LGBTQ+ children who do not have supportive families who will love them unconditionally. It is these people who need their rights protected, not parents and not religious leaders.
I am sad, but not shocked that so many others in this area share your beliefs about this.  I know that if you could meet my daughter you would see that there is nothing wrong with supporting an LGBTQ+ child. For her, there was no choice. There was no force. There is no abuse, she is not confused, and she is not sinning. She is just living her life, genuinely as who she knows herself to be.
Thank-you for reading this. I hope you will think of my daughter when you vote in the future.

We are excited to invite you to:
Connecting Neighbours: GROWING UP INCLUSIVE

RAISING INCLUSIVE KIDS – MaryLou Driedger
How do we help our children develop inclusive attitudes so they can play a vital role in the creation of caring communities where everyone feels welcome?

GROWING UP SAFE AND STRONG – Val Hiebert
An examination of Erikson’s classic psycho-social theory of child development applied to our everyday lives as parents, communities, and our own childhood histories.

The Parent Circle meets every second Wednesday of the month at Steinbach United Church, 541 Main St. from 7-9 p.m, with the exception of Jan. 9, 2019.
Steinbach Neighbours for Community invites parents of LGBTTQI children and youth to a space of discovery, parent to parent, about our journey in our community. We look forward to our conversations, guided by Bonnie Loewen.

Donations received will be used for rental space for events, guest speaker fees and honorariums and theatre performances.